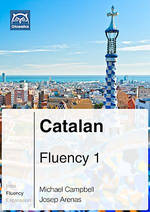 In 1861, Manuel Milà i Fontanals proposed a dialectal division of Catalan in two major blocks: Eastern Catalan and Western Catalan.

There is no precise linguistic border between one dialect and another because there is nearly always a dialect transition zone of some size between pairs of geographically identified dialects, (except for dialects specific to an island). The main difference between both blocks is: