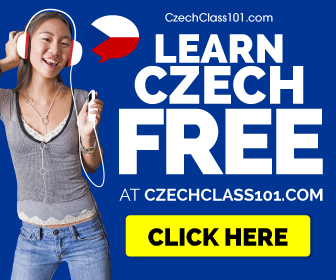 In the Czech Republic three distinct koine, or interdialects can be found, all corresponding more or less to geographic areas within the country. They differ from standard Czech, creating some form of diglossia. The first, and most widely used, is "Common Czech", spoken in Bohemia. It has some grammatical differences from "standard" Czech, along with some differences in pronunciation. The most common pronunciation changes include -ý becoming -ej in some circumstances, -é becoming -ý- in some circumstances (-ej- in others), and the insertion of prothetic v- at the beginning of some words starting with o-. Also, noun declension is changed, most notably the instrumental case. Instead of having various endings (depending on gender) in the instrumental, Bohemians will just put -ama or -ma at the end of all plural instrumental declensions. Also pronunciation changes slightly, as the Bohemians tend to have more open vowels than Moravians. This is said to be especially prevalent among people from Prague.

The second major interdialect is spoken in Moravia. This dialect has some totally different words from standard Czech. Unlike in Bohemia, Moravia tends to have more local dialects varying from town to town. For example in Brno, tramvaj (streetcar or tram) is šalina (originating from German "ElektriSCHELINIE"). Everyday spoken form in Moravia would be a mixture of given interdialect, remnants of old local dialect, some Standard Czech forms and sometimes also Common Czech. The most notable difference is a shift in used prepositions and case of noun, for example k jídlu (to eat - dative) (as in German zum Essen) becomes na jídlo (accusative), as it is in Slovak na jedlo. It is a common misconception that the use of Standard Czech in everyday situations is more frequent than in Bohemia. The Standard Czech became de-facto standardized with a new translation of the Bible (Bible of Kralice) using an older variant of the then-current language (for example, preferring -ý- to -ej-). These older forms are still prevalent in Moravia. Moravians, however, tend to say that they use "proper" language, unlike their Bohemian brothers.

The third major dialect is spoken in Silesia, centered around the city Ostrava. This dialect, too, is grammatically sound and closer to Standard Czech, but in this dialect people speak very quickly, and the long vowels become the same as their short counterparts. These shortened vowels are also sometimes emphasised, as opposed to emphasising the initial syllable as common in all other variants of Czech.

Special case is the Cieszyn Silesian dialect, spoken in the microregion of Cieszyn Silesia. It is spoken generally by ethnic Polish minority. The dialect itself is a dialect of Polish language but with strong Czech and German influences.

It should be noted that some south Moravian dialects are considered (also by Czech linguists in the 90's or later, e.g. Václav Machek in his "Etymologický slovník jazyka českého", 1997, ISBN 80-7106-242-1, p.8, who speaks about a "Moravian-Slovak" dialect from the region of Moravian "Slovácko") to be actually dialects of the Slovak language, which has its roots in the Moravian empire when Slovaks and Moravians were one nation (without Czechs) with one language. Those dialects still have the same suffixes (for inflected substantives and pronouns and for conjugated verbs) as Slovak.

The minor dialect spoken in Pilsen and parts of Western Bohemia differs, among other things, by intonation of questions: all the words except for the last word of a sentence have a high pitch. This is the reason why the people from Pilsen are said to be "singing". Words that start questions are often given an additional "pa": "Kolipa je hodin?" (regular Czech: "Kolik je hodin?"; English: "What time is it?"). The words like "this" (regular Czech: "tento/tato/toto") are often replace by "tůten/tůta/tůto").