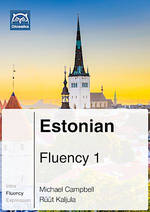 The Estonian dialects are divided into two groups - the northern and southern dialects, usually associated with the cities of Tallinn in the north and Tartu in the south, in addition to a distinct kirderanniku dialect, that of the northeastern coast of Estonia.

The northern group consists of the kesk or middle dialect that is also the basis for the standard language, the lääne or western dialect, roughly corresponding to Läänemaa and Pärnumaa, the saarte (islands') dialect of Saaremaa and Hiiumaa and the ida or eastern dialect on the northwestern shore of Lake Peipsi.

The southern group consists of the Tartu, Mulgi, Võro and Seto dialects. These are sometimes considered either variants of a South Estonian language, or separate languages altogether. Also, Seto is not usually considered a dialect of Estonian, but rather a variant of Võro.