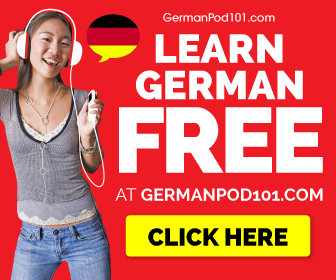 The term "German" is used for the dialects of Germany, Austria, German-speaking Switzerland (that is, outside the French-, Italian-, and Romansch-speaking areas) and some areas in the surrounding countries, as well as for several colonies and other ethnic concentrations founded by German-speaking people (for example German in the United States).

Low Germanic is defined as the varieties that were not affected by the High German consonant shift. They consist of two subgroups, Low Franconian and Plattdüütsch (Low German). Low Franconian includes Dutch and Afrikaans, spoken primarily in the Netherlands, Belgium and South Africa; Plattdüütsch includes dialects spoken primarily in the German Lowlands and in the eastern Netherlands. The Plattdüütsch varieties are considered dialects of the German language by some, but a separate language by others; the Low Franconian varieties are not considered a part of the German language (see above for a discussion of the distinction between German and Dutch).

The Moselle Franconian varieties spoken in Luxembourg have been officially standardized and institutionalized and are therefore usually considered a separate language, Luxembourgish language.

Upper German dialects include Alemannic (for instance Swiss German), Swabian, East Franconian, and Austro-Bavarian. They are spoken in parts of the Alsace, southern Germany, Liechtenstein, Austria, and in the German-speaking parts of Switzerland and Italy.

The High German varieties spoken by Ashkenazi Jews (mostly in the former Soviet Union) have several unique features, and are usually considered as a separate language, Yiddish.

In the United States, the teaching of the German language to latter-age students has given rise to a pidgin variant which combines the German language with the grammar and spelling rules of the English language. It is often understandable by either party. The speakers of this language often refer to it as Amerikanisch or Amerikanischdeutsch, although it is known in English as American German.