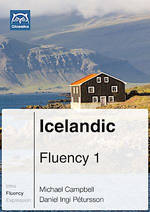 Early Icelandic vocabulary was largely Old Norse. The introduction of Christianity to Iceland in the 11th century brought with it a need to describe new religious concepts. The majority of new words were taken from other Scandinavian languages; kirkja (‘church’) and biskup (‘bishop’), for example. Numerous other languages have had their influence on Icelandic: French for example brought many words related to the court and knightship; words in the semantic field of trade and commerce have been borrowed from Low German because of trade connections. In the late 18th century, language purism began to gain noticeable ground in Iceland; since the early 19th century, language purism has been the linguistic policy in the country (see linguistic purism in Icelandic). Nowadays, it is common practice to coin new compound words from Icelandic derivatives.

Icelandic names differ from most Western family name systems by being patronymic (and sometimes matronymic) in that they reflect the immediate father (or mother) of the child and not the historic family lineage. Iceland shares a common cultural heritage with the Scandinavian countries of Norway, Sweden, and Denmark. Icelanders, unlike other Scandinavians, have generally continued to use their traditional name system, which was formerly used in all of Scandinavia.

During the 18th century, a movement started by writers and other educated people of the country to rid the language of foreign words as much as possible and to create a new vocabulary and adapt the Icelandic language to the evolution of new concepts, and thus not having to resort to borrowed neologisms as in many other languages. Many old words that had fallen into misuse were updated to fit in with the modern language, and neologisms were created from Old Norse roots. For example, the word rafmagn ("electricity"), literally means "amber power" from Greek elektron ("amber"), similarly the word sími ("telephone") originally meant "cord" and tölva ("computer") combines tala ("digit; number") and völva ("seeress").

The following is an extract from Kvennafræðarinn (Elín Briem, 1889); a recipe book:

Which translates approximately as:

"The butter is melted and the flour stirred into it slowly but surely, until it has blended with the butter. Then the milk is slowly poured in, and stirred constantly, so it doesn’t get lumpy. When the milk has blended well and the porridge has become steady and salt has been added, it should be taken off. It is served with a fruit juice mixture or milk, even stirred sugar and cinnamon."