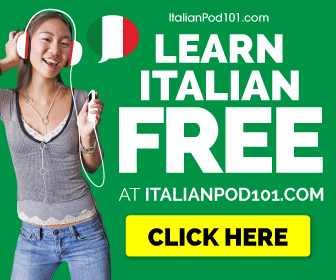 The history of the Italian language is quite complex but the modern standard of the language was largely shaped by relatively recent events. The earliest surviving texts which can definitely be called Italian (as opposed to its predecessor Vulgar Latin) are legal formulae from the region of Benevento dating from A.D. 960-963. Italian was first formalized in the 14th century through the works of Dante Alighieri, who mixed southern Italian dialects, especially Sicilian, with his native Tuscan in his epic poems known collectively as the Commedia, to which Boccaccio later affixed the title Divina. Dante's much-loved works were read throughout Italy and his written dialect became the canonical standard that others could all understand. Dante is still credited with standardizing the Italian language.

Italian has always had a distinctive dialect for each city, since the cities were up until recently city-states. Italians generally believe that the best spoken Italian is lingua toscana in bocca romana - 'the Tuscan tongue, in a Roman mouth' (Tuscan dialects spoken with Roman inflection). The Romans are known for speaking clearly and distinctly, while the Tuscan dialect (supposedly derived from Etruscan and Oscan), is the closest existing dialect to Dante's now-standard Italian.

In contrast to the dialects of northern Italy, the older southern Italian dialects were largely untouched by the Franco-Occitan influences introduced to Italy, mainly by bards from France, during the middle ages. (See La Spezia-Rimini Line.) The economic might and relative advanced development of Tuscany at the time (late middle ages), gave its dialect weight, though Venetian remained widespread in medieval Italian commercial life. Also, the increasing cultural relevance of Florence during the periods of 'Umanesimo' and Rinascimento (Renaissance) made its vulgare (dialect) a standard in the arts.